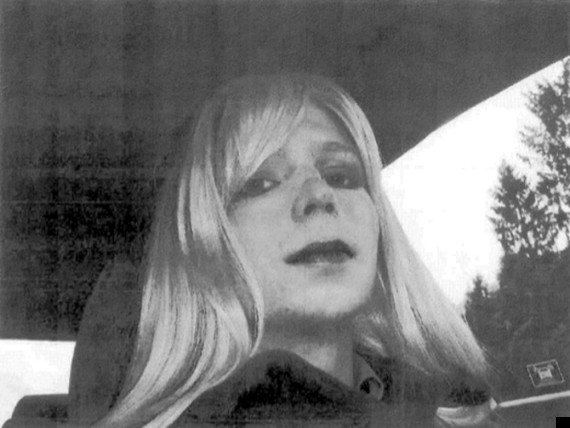 Bradley Manning dressed as a woman in 2010

US soldier Bradley Manning has become a woman called Chelsea.

The 25-year-old, who has been sentenced to 35 years in prison for leaking classified documents to WikiLeaks, revealed the plans in a statement to NBC.

“I am Chelsea Manning,” Manning said.

“Given the way that I feel and have felt since childhood, I want to begin hormone therapy as soon as possible,” Manning said.

“I also request that starting today you refer to me by my new name and use the feminine pronoun.”

The soldier’s struggles with identity were key to his defence in his court martial, the BBC reported.

His team said the army missed warning signs that he was struggling with gender identity issues, such as when he sent bosses an email saying he wanted to be a woman, with a photograph of himself wearing makeup and a blonde wig.

Manning is expected to serve his sentence at the U.S. Disciplinary Barracks at Fort Leavenworth, Kansas.

The soldier’s lawyer, David Coombs, has said he could be pardoned in seven years.

Coombs said the prison should “do the right thing” and provide hormone therapy for the soldier:

He added: “If Fort Leavenworth does not, then I’m going to do everything in my power to make sure they are forced to do so.”

Wednesday’s sentencing ends three years of speculation over the fate of Manning, who for many has become a heroic figure and a symbol of truth and transparency against the clandestine misdeeds of the American administration during the Iraq War.

Critics compared the 35-year term to far shorter sentences handed to US soldiers found guilty of abusing prisoners in Iraq.