is a network of farmers, engineers, and supporters that for the last two years has been creating the Global Village Construction Set, an open source, low-cost, high performance technological platform that allows for the easy, DIY fabrication of the 50 different Industrial Machines that it takes to build a sustainable civilization with modern comforts. The GVCS lowers the barriers to entry into farming, building, and manufacturing and can be seen as a life-size lego-like set of modular tools that can create entire economies, whether in rural Missouri, where the project was founded, in urban redevelopment, or in the developing world.

We are an open source venture and as such we facilitate the collaboration of hundreds of online volunteers. The Development Team Wiki page is Here. If you?re a project contributor and aren?t listed, please edit the page. 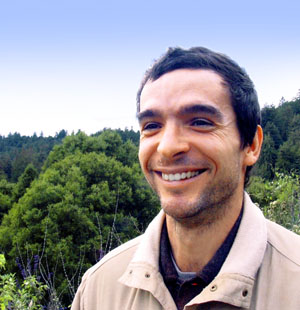 Marcin came to the U.S. from Poland as a child. He graduated with honors from Princeton and earned his Ph.D. in fusion physics from the University of Wisconsin. Frustrated with the lack of relevance to pressing world issues in his education, he founded Open Source Ecology in 2003 in order to make closed-loop manufacturing a reality. Marcin has been the lead fabricator, designer, blogger, and technical curator for OSE?s prototyping thus far. His main interest is evolving to freedom by eliminating resource scarcity as the main force behind human relations – with the wise use of modern technology adapted for human service. He lives and works at OSE?s land-based facility, Factor e Farm in rural Missouri. Marcin wakes up early, practices yoga, cooks indian food, and he?s very ambitious. He has been selected as a TED 2011 Fellow. See his TED Talk on the Global Village Construction Set. Contact: opensourceecology at gmail dot com

Co-founder and Director of Encyclopedia Pictura, a creative team working in film, game design, architecture and agriculture. He has won numerous awards for his music videos, including Video of the Year from DA&D, UKVMA, Antville, and Spin Magazine. Esquire called Encyclopedia Pictura ?The Directors of the Future.? EP is currently in development on their debut feature film, DIY in 3d, which aims to be the new heroic myth of the Maker Movement in America. They are co-founding an augmented reality gaming startup as part of the DIY transmedia world. For the last two years, Isaiah has led an effort to build a unique hillside neighborhood in Aptos, California called Trout Gulch. He lives and works there along with 17 others. He is co-founder of Trout Gulch Farm. At Open Source Ecology, Isaiah directs the online information architecture, explainer videos, presentations (including this year?s TED Fellows Talk), and Kickstarter campaign. Contact: isaiah at encyclopedia pictura dot com 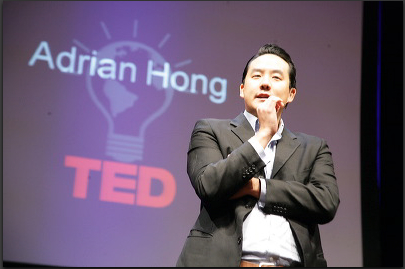 Adrian Hong is Managing Director of Pegasus Strategies LLC, a strategic advisory firm working with governments, funds and NGOs.
Mr. Hong was an inaugural TED Fellow (2009) and TED Senior Fellow (2010 – 2012). He also manages Indy Incubator, an incubator and accelerator for innovative and socially-conscious businesses and non-profits.
Mr. Hong contributes regularly to national and international media, including Foreign Policy, Fox News, The International Herald Tribune, The New York Times, The Christian Science Monitor, The Washington Post and The Los Angeles Times, and has briefed and advised parliaments, ministries, diplomats and governments around the world. He is an advisor on Global Insights & Research for Brand USA, the United State’s new travel and tourism promotion initiative, a member of Delta Airlines’ Ideas In Flight advisory initiative. He is also a mentor at Spark Labs, Korea’s premier startup accelerator.
Mr. Hong currently advises or serves on the boards of several non-profit and for profit ventures, including Open Source Ecology, Lumoon Vision and Street Symphony. He is also co-founder and former Executive Director of Liberty in North Korea, an organization focused on human rights and refugee protection of North Koreans. Mr. Hong was a visitor at Princeton University’s Center for Information Technology Policy (2010 – 2011), a Visiting Lecturer teaching “America, Human Rights and Foreign Policy” at Korea’s Ewha University (2008), and was selected as a 2009 Arnold Wolfers Fellow at Yale University (2009). He was also selected to receive the the Japanese American Citizens League ‘Vision Award’ (2009).
Mr. Hong is also co-founder of the TEDxSanDiego conference, held annually since 2010, and founder/curator of the TEDxTripoli conference, founded in 2012.

Elifarley Cruz is a software engineer from Brazil who has contributed to a number of open source software projects and to the P2P Foundation as a co-editor. A long-time Linux user, he’s passionate about open source software and hardware, knowledge sharing and the commons. He believes in the abolishment of artificial limitations and unrestricted sharing of knowledge as ways to bring forth the true human potential and take society to new heights. Mr. Cruz is helping OSE with IT issues, administration of the forum and wiki, and is a True Fan. Contact: elifarley at opensourceecology dot org

With six years of progressive experience in formulation, implementation and execution of business and marketing strategies, Mr. Diaz actively participates in the organizational development and operations of OSE. As an advisor in strategic planning, he aids in ensuring that the organization?s vision is properly implemented in accordance to its governance, bylaws and mission. Previously, Mr. Diaz was engaged in launching several new ventures and provided guidance in the areas of brand design and development, financial planning, internal management systems and human resources. Contact: lad93978 at yahoo dot com